This retail client sought an engaging, well-known solo act that would complement the celebratory feel of the All-Company Meeting, along with surprising and delighting the afternoon general session’s 2,500 attendees. Bishop-McCann was also tasked with creating an evening of entertainment for the Big Outdoor Party for all employees, their families, and retirees. The client wanted three separate acts—something for everyone. Additionally, we had to create a big finale for the Big Outdoor Party (followed by fireworks). The finale performer needed to appeal to all ages but be particularly appealing to the younger audience.

For the All-Company Meeting, we booked Charlie Puth, an American singer-songwriter and record producer. Puth’s initial exposure came through the viral success of his song videos uploaded to YouTube. He subsequently gained wider recognition for multiple successful releases, including his debut single “Marvin Gaye,” which featured vocals from Meghan Trainor. Other hits include “One Call Away” and “See You Again.”

For the All-Company and Families Big Outdoor Party:

The All-Company Meeting was jam packed with exciting entertainment, celebratory moments, and meaningful presentations. But one of the memorable highlights was Charlie Puth performing one of his biggest hits solo at the piano. Those who were already fans were thrilled. Others were impressed and now excited to hear more later that evening.

At the Big Outdoor Party, Chris Hawkey got the crowd going. He was the perfect act to kick off an event of this caliber. It was still early and already the energy was high, and the dance floors were full.

Aaron Neville was a big hit with all ages. He brought a great mix of New Orleans R&B with a few of his standards.

Our big finale, Charlie Puth, gave an extraordinary performance that resonated with the entire audience. Ending in fireworks, it was clear that this event kept everyone engaged and entertained.

More of our work 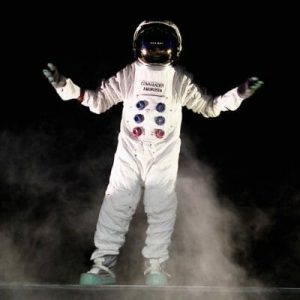