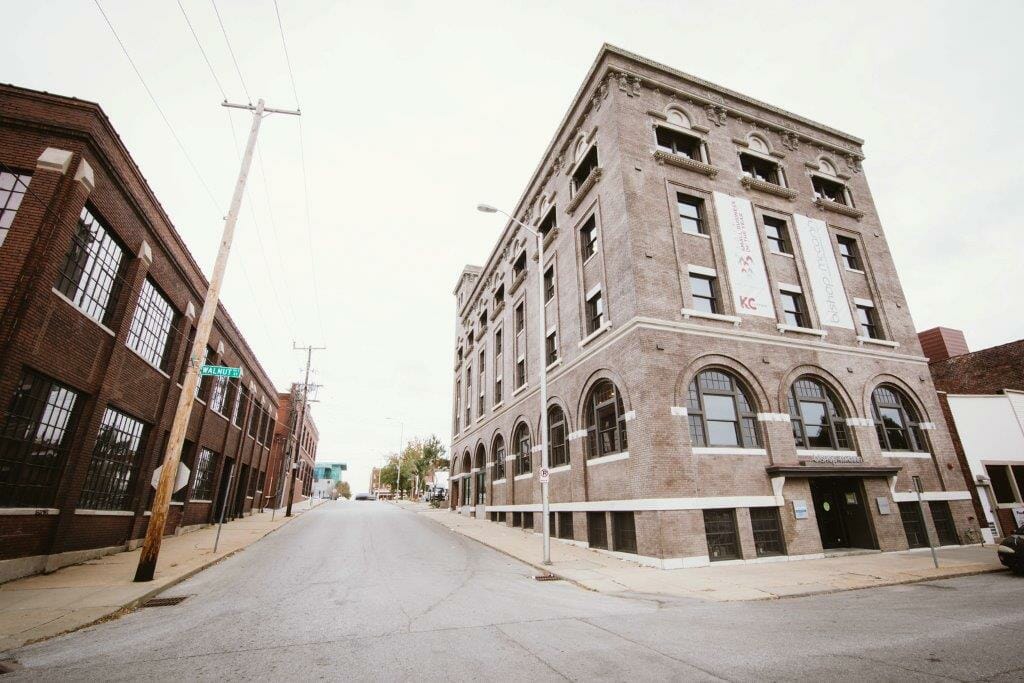 Every CHAT Series will feature a set of highly recognizable personalities addressing a singular, pressing issue and includes community investment in areas of need that align with the speakers’ focus.

“In addition to bringing crucial topics to the forefront, we will partner with non-profit entities to ensure those across our community have access to hear these influential voices,” said Bishop-McCann founder Dan Nilsen. “My philosophy individually and for the company has always been centered around making an impact. I think it’s the obligation of every company to make engage and make an impact in the communities where we live and do business.”

The first CHAT Series begins on October 13 at Kansas City’s Kauffman Center for the Performing Arts. Award-winning writer and performer Amy Poehler, best-selling author Liz Murray, and Oscar-winning actress Geena Davis will all speak candidly to the challenges, urgency and ensuing benefit of women’s empowerment. A unique aspect of the CHAT Series will give the audience an opportunity to participate in a Q&A with the speaker.

“Change-making conversations begin with a simple chat. Our CHAT emerged from the concept of a speaker series, differentiated by our desire to make an impact – a chat about how a series of live events designed to engage, entertain, educate and inspire change,” said Gloria Rudd, Vice President, CHAT Series. “The concept was too good to dismiss. CHAT will lend light to important voices. We felt compelled to use our resources to create conversations that will hopefully change the world and each of these three women is doing just that.”

Future events are already in the planning stages, including a series focused on STEM (science, technology, engineering, math) education scheduled for Spring 2016 in Kansas City. Bishop-McCann is also in conversations about bringing CHAT Series events to other locations across the U.S. and beyond.

Tickets will go on sale to the general public at 10 a.m. on Tuesday, September 1, at www.chatseries.com and through the Kauffman Center box office.

CHAT is designed as a set of connected experiences and only tickets for the entire series will be available for purchase. Follow the CHAT Series conversation at facebook.com/chatseries and https://twitter.com/CHATSeries #CHATSeries.

About the Speakers
Actress, author, producer and director Amy Poehler is perhaps best known for her award-winning work on “Saturday Night Live” and “Parks and Recreation,” yet she is also a prominent advocate for women and children’s empowerment and equality around the world. Poehler serves as Ambassador of Arts for Worldwide Orphans Foundation, traveling to Haiti to work directly with the group’s staff and children as well as spearheading international fundraising efforts. She also co-founded Amy Poehler’s Smart Girls, an organization dedicated to engaging young women in volunteerism, civic activism, cultural exchange and self-expression through the arts. Her intelligent stewardship is leaving a legacy for the many girls and women who look to her as a social influencer and a direction-setting figure.

Liz Murray is an inspirational speaker and best-selling author of Breaking Night: A Memoir of Forgiveness, Survival and My Journey from Homeless to Harvard. Murray’s life is a triumph over adversity and a stunning example of the importance of dreaming big. Her story is exhilarating and inspirational, and her delivery is innocently honest, as she takes audiences on a very personal journey where she achieves the improbable. After graduating, Murray founded Manifest Living, a New York-based company that aims to empower anyone who has the desire to change their life, and she is passionate about speaking on the importance of personal motivation, and transforming problems into opportunities.

Geena Davis is one of Hollywood’s most respected actors, appearing in several roles that became cultural landmarks. Earning the 2006 Golden Globe Award for Best Performance by an Actress in a Television Series – Drama, Davis broke ground in her portrayal of the first female President of the United States in ABC’s hit show “Commander in Chief.” In 1989, Davis received the Academy Award for Best Supporting Actress for her role in “The Accidental Tourist.” She was again nominated for an Academy Award and Golden Globe for her performance in “Thelma & Louise.” Davis went on to receive a Golden Globe nomination for Best Actress in “A League of Their Own.” Davis is now recognized for her tireless advocacy of women and girls nearly as much as for her acting accomplishments. She is the Founder and Chair of the non-profit Geena Davis Institute on Gender in Media, which engages film and television creators to dramatically increase the percentages of female characters – and reduce gender stereotyping – in media made for children 11 and younger.

About Bishop-McCann
Bishop-McCann is an award-winning brand experiences agency that produces meetings, incentives and live events worldwide. Headquartered in Kansas City, with offices in Chicago, San Francisco and Minneapolis, Bishop-McCann helps corporations and major brands connect with their target audiences through strategy, creative development and execution of live experiences. Learn more at bishopmccann.com